China, Japan, and South Korea are at risk of a second wave of disruptions to their supply chains due to the ongoing impact of the coronavirus epidemic, which risks already slowing global trade, analysts warned.

The three Asian countries contribute around 24 percent of the entire world economy with a combined yearly trading volume of over US$720 billion, forming one of the most integrated international economic blocs in the world.

The three countries, though, have been hit hard by the coronavirus outbreak with over 1,500 confirmed cases in South Korea and over 180 domestic cases in Japan in addition to over 700 cases on the Diamond Princess cruise ship.
The coronavirus has grounded flights and restricted the flow of people between the three countries, while also disrupting integrated industrial supply chains across the region, with the electronics and automotive industries the hardest hit. 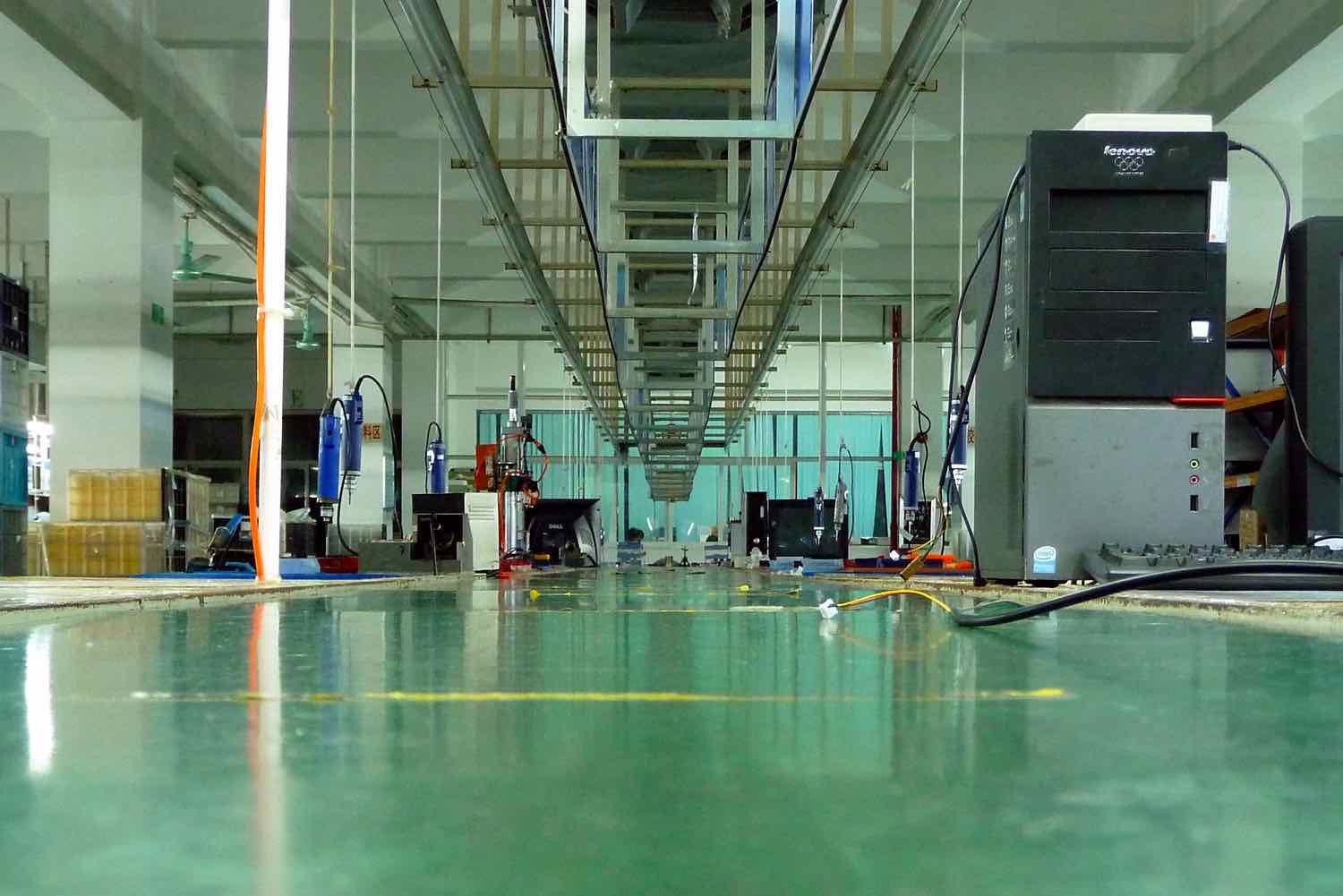 “If the epidemic spreads in Japan and South Korea, it will bring a second blow to the global industrial chain and impact downstream companies in China,” said Song Xuetao, an economist at Tianfeng Securities.

Beijing has been attempting to boost trade and investment with Japan and South Korea, as risks of decoupling from the United States increase, with its two Asian neighbors becoming the largest contributors to China’s export growth, according to a study by Everbright Securities.
Japan was China’s fourth-largest trade partner in 2019, behind the European Union, the Asean bloc and the United States, with annual bilateral imports and exports valued at US$315.03 billion, with South Korea sixth at US$284.58 billion, according to Chinese customs data.
They also both ranked in the top five for imports into China in 2019, led by electrical components and chemical products, which are essential for China’s vast manufacturing machine, topping the list.

Analysts from Guotai Junan Securities, led by chief economist Hua Changchun, said on Monday that the supply chains linked to the production of cars, machinery, optical-electronic equipment, and chemical products could suffer short-term shocks if the outbreak expanded further in Japan. 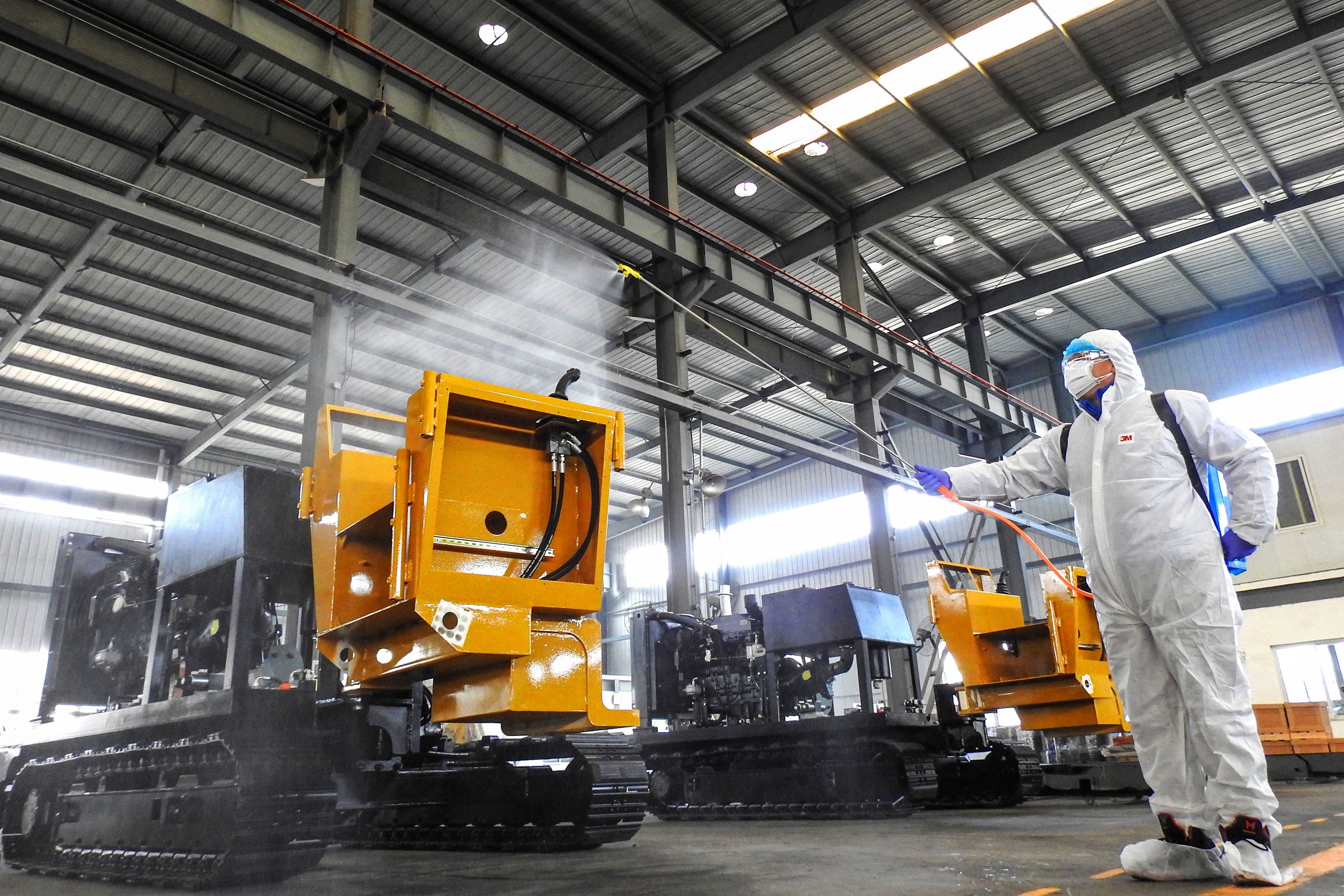 This photo was taken on February 9, 2020, shows a worker disinfecting machines before workers return to work from holidays at a factory in Lianyungang in China’s eastern Jiangsu province. – Millions of people in China were returning to work on February 10 after an extended holiday designed to slow the spread of the new coronavirus, which has killed more than 900 people in the country. (Photo by STR / AFP) / China OUT (Photo by STR/AFP via Getty Images)

“The industries that face potential risks from the epidemic in Japan overlap with some of those influenced by domestic outbreaks in badly infected provinces [in China],” Guotai Junan Securities said.

According to a survey, last week by TSR, a Tokyo-based marketing research company, 66.4 percent of the 12,348 Japanese companies interviewed said they had either already been impacted by the coronavirus, or expected to be.

The manufacturing sector was among the worst hit, with nearly 30 percent of surveyed companies reporting an impact, while another 51.7 percent expected losses in the future.

Machine tool orders received by Japanese manufacturers slumped 35.6 percent from a year earlier in January, declining for the 16th straight month, hitting the lowest monthly level in seven years, according to the data from the Japan Machine Tool Builders’ Association. 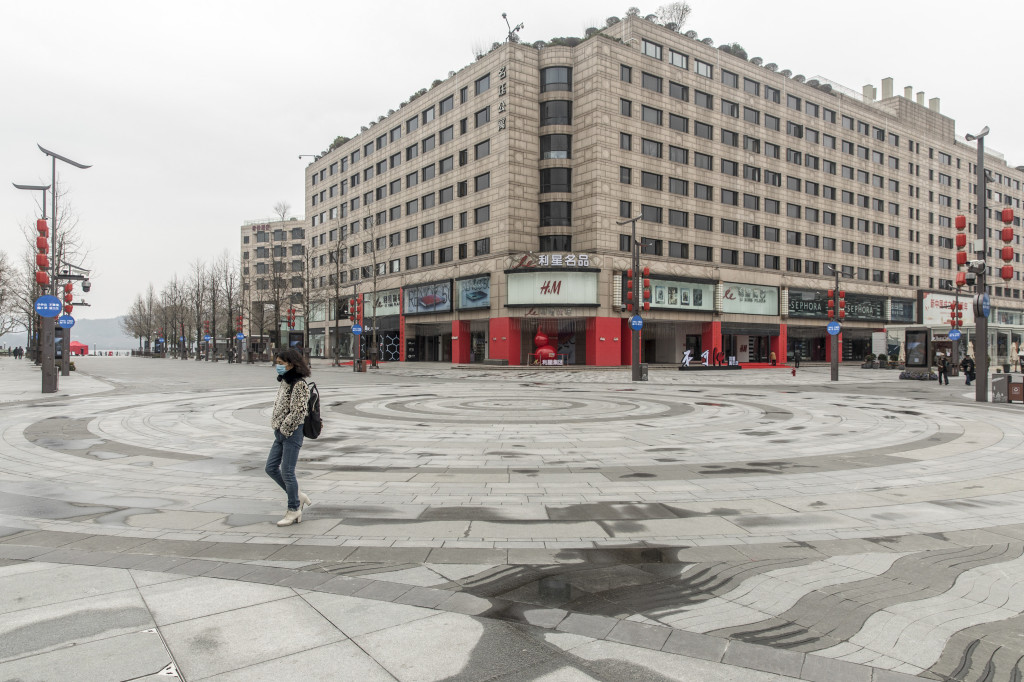 A pedestrian wearing a face mask walks through an empty shopping plaza, in view of a Hennes & Mauritz AB (H&M) store, in Hangzhou, China, on Tuesday, Feb. 11, 2020. The death toll from the coronavirus climbed above 1,000, as the Chinese province at the epicenter of the outbreak reported its highest number of fatalities yet. Photographer: Qilai Shen/Bloomberg via Getty Images

“In the context of weak investment into equipment, the epidemic of new pneumonia becomes a new threat,” said association chairman Yukio Iimura, according to The Nikkei. “It will take up to one month sometimes for negotiations [because] commercial talks cannot be completed.”

Analysts from China International Capital Corporation, one of the country’s leading investment banking firms, said that if the epidemic were to spread faster in South Korea, more companies would likely reduce their production or even shut down, “adding insult to injury” to Korean manufacturing, especially the key electronics, steel, automotive, shipbuilding, and electrical equipment sectors.

Factory shutdowns in China and South Korea have also resulted in a significant decline in shipping movements, with 46 percent of scheduled shipments between Asia and northern Europe canceled, according to ocean freight data firm Alphaliner.

“Disrupted flows of essential items may cause a shock in European and American supply chains. In addition, less incoming goods from Asia will also mean fewer intra-European re-exports from the coastal regions to inland European countries,” said Timme Spakman, an economist at ING.

Chinese analysts said disruptions in Japan and South Korea could, though, become an opportunity for domestic parts and components makers as the demand for alternative products may increase rapidly in the car, semiconductor, machinery and equipment sectors.

This article appeared in the South China Morning Post print edition as: ‘the second wave of disruptions if epidemic spreads’