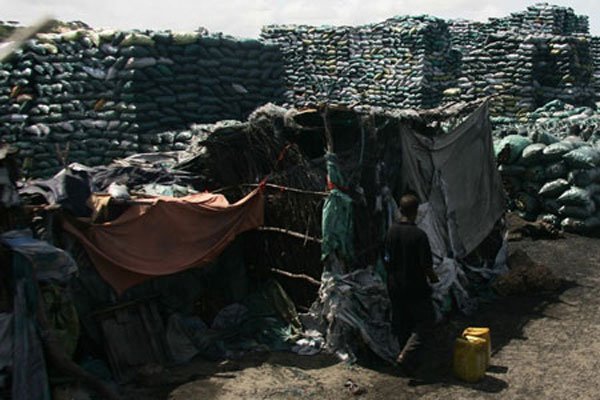 Al-Shabaab continues to reap substantial revenues from charcoal smuggling in southern Somalia despite the presence of African Union military bases in the area, a United Nations report has revealed.

Those installations at the ports of Kismayo and Buur Gabo are maintained by Kenyan forces operating under the auspices of the African Union Mission in Somalia (Amisom), the UN team noted in an earlier report.

UN monitors were “not assisted by Amisom” when they attempted to inspect charcoal stockpiles and port facilities at Kismayo in July of this year, the new report points out.

Shabaab makes at least Sh774 million ($7.5 million) from “taxation” at checkpoints in the Middle Juba and Lower Juba regions, according to the analysis by the UN Monitoring Group on Somalia and Eritrea.

Due in part to these charcoal-related profits, Shabaab “generates more than enough revenue to sustain its insurgency,” the monitors say. 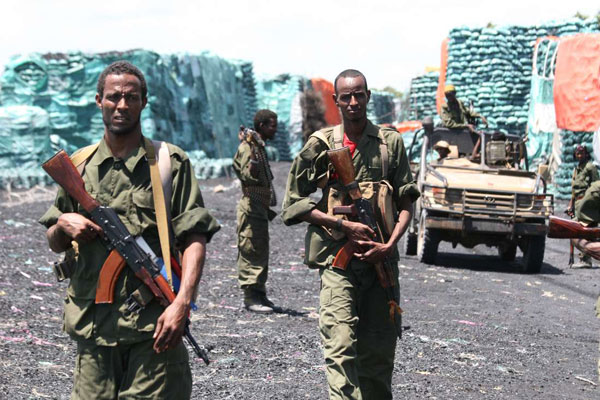 The regional Jubaland administration is also said to profit from the charcoal trade, which is prohibited by UN Security Council resolutions.

“Investigations by the Group have determined that these illicit charcoal exports have been taxed by the Jubaland administration at an average rate of more than Sh516($5) per bag, generating more than Sh1.6 billion ($15 million) in annual revenue for Jubaland,” states the report reviewed by the Security Council on Wednesday.

With an estimated three million bags of charcoal smuggled last year from Somalia, the total value of the illicit trade is put at Sh15.5 billion ($150 million) annually, based on a wholesale price of Sh5165 ($50) per bag in the United Arab Emirates (UAE).

Criminal networks based in Dubai, the UAE and Kismayo garner a large share of that sum, the UN group notes.

One section of the 156-page report recounts Kenyan authorities’ interception near the Somalia border last February of a vehicle-borne improvised explosive device “intended for a complex attack in Nairobi.”

While that operation by Kenyan police counts as a major success, statements by two Shabaab members arrested in connection with the bomb plot “show that they were able to pass with little interference back and forth across the porous Kenya-Somalia border, facilitated by bribes to various security forces officials on both sides,” the UN report shows.

US airstrikes that have reportedly killed hundreds of Shabaab fighters as well as a few of its leaders are doing little to diminish the group’s capacities, the UN team adds.

Shabaab’s continued potency may in part reflect “extensive infiltration” by the militants of the Somali government’s Intelligence and Security Agency.”

“Since October 2017, Al-Shabaab operatives have worn uniforms likely donated for use by the Somali security forces in at least five attacks,” the UN team says.

While corruption and military ineffectiveness continues to plague Somalia’s national forces, Amisom has made progress in reducing civilian casualties, the report observes.

But this development may be partly a product of “the continuing ebb in major Amisom offensive operations” in recent months, the UN team suggests. ​